Page 153 - It shall be an unlawful employment practice for an employer (1) to fail or refuse to hire or to discharge any individual, or otherwise to discriminate against any individual with respect to his compensation, terms, conditions, or privileges of employment, because of such individual's race, color, religion, sex, or national origin...
Appears in 736 books from 1798-2008
Page 122 - Give to every man that asketh of thee ; and of him that taketh away thy goods ask them not again.
Appears in 682 books from 1701-2008
More
Page 70 - I am distressed for thee, my brother Jonathan : very pleasant hast thou been unto me : thy love to me was wonderful, passing the love of women.
Appears in 801 books from 1765-2008
Page 122 - But love ye your enemies, and do good, and lend, hoping for nothing again; and your reward shall be great, and ye shall be the children of the Highest: for he is kind unto the unthankful and to the evil.
Appears in 693 books from 1793-2008
Page 122 - And if ye lend to them of whom ye hope to receive, what thank have ye ? for sinners also lend to sinners, to receive as much again.
Appears in 655 books from 1709-2008
Page 142 - He is a man who is afraid. Not of the Jews, to be sure, but of himself, of his own consciousness, of his liberty, of his instincts, of his responsibilities, of solitariness, of change, of society, and of the world — of everything except the Jews.
Appears in 45 books from 1946-2007
Less

JAY L. HALIO is Professor of English at University of Delaware. He is author or editor of more than 20 books on Shakespeare and his contemporaries and also on modern American and British literature. His numerous publications on Shakespeare include Romeo and Juliet: A Guide to the Play (Greenwood 1998), an edition of The Merchant of Venice for The New Oxford Shakespeare, and an edition of King Lear for The New Cambridge Shakespeare. 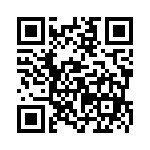