Page
Of this edition, which, like Caxton's, is in folio, but one copy is known to exist. This
, which is unfortunately ... Of this interesting production of Caxton's press no less
than five copies are known to be in existence. Of these, the King's Library in the ...
Page 172
What precise instrument is meant by the “grooten loden wappere,” as it is called
in Caxton's original, is by no means clear. Killian defines wapper as Flagellum;
and again, wapper, loyenkloot, as Plumbata, martiobarbulus, pila plumbea, ...
Page 174
In the Dutch prose, from which Caxton translated, the word is onghelucke. P. 25.
Flaumes,—In this instance, pancakes are probably intended. “Of milke and of
egges men make flawnes,” says Caxton, in the Boke for Travellers, see further Mr
. 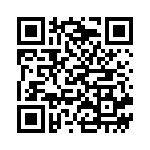