Page
hur York Collectin LIST OF OFFICERS . 1 " } 48 . Oontents of published volumos
of seaslon laws . - The Socretary of State fball annually • a statement of the
names and residences of the Governor , Lloutenant - Governor , leastors and
Members ...
Page 650
Certificates of nomination of candidates for a city office to be voted for at the
general election in the year eighteen hundred and ninety - seven , in The City of
New York , or any part thereof , as constituted by the Greater New York charter ,
shall ...
Page 865
of awards sel to the corporation , in other newspapers , not exceeding three in
number , published in said city of New York , for ten days , Sundays and holidays
excluded , after depositing such report , of the said de . posit thereof in said office
... 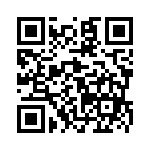