Page 308
After the expiration of such time the person by whom or on whose behalf the said
property has been taken may proceed to sell the same at publio auction , and out
of the proceeds may retain the balance remaining unpaid on the purchase ...
Page 841
An appeal may also be taken as provided by section thirteen hundred and forty ,
from an order affecting a substantial right , made by the court or a judge , in an
action brought in , or taken by appeal to , a court specified in the last section .
Page 873
An appeal , to the general term of the court , may also be taken from an
interlocutory judgment rendered , or an order made , at a special term or a trial
term thereof , or an order made by a judge thereof , out of court , in a case , where
an appeal ... 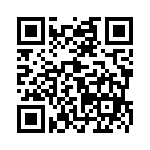