Page 21
... do occur ; but natural selection , as will hereafter be explained , will determine
how far the new characters thus arising shall be preserved . When we look to the
hereditary varieties or races of our domestic animals and plants , and compare ...
Page 29
These several marks do not occur together in any other species of the whole
family . Now , in every one of the domestic breeds , taking thoroughly well - bred
birds , all the above marks , even to the white edging of the outer tail - feathers ...
Page 49
But cases of great difficulty , which I will not here enumerate , sometimes occur in
deciding whether or not to rank one form as a variety of another , even when they
are closely connected by intermediate links ; nor will the commonly - assumed ...
Page 55
On the other hand , if we look at each species as a special act of creation , there
is no apparent reason why more varieties should occur in a group having many
species , than in one having few . To test the truth of this anticipation I have ...
Page 68
... with our native plants , nor resist destruction by our native animals . When a
species , owing to highly favourable circumstances , increases inordinately in
numbers in a small tract , epidemics — at least , this seems generally to occur ...
Next »

i love this book.

I have not gone through the whole book but i studied it partially as part of our curriculam. Here are my thoughts in general and the questions which remains unanswered:
Considering Charles Darwin's theory of 'Origin of Species' true, regardless of scientific and religious contraditions, may still become a powerful evidence and means to advocate the 'struggle for existance' and hence justifying the survival/existance of the fittest/strongest by deploying any means to prove their strength regardless of moral ethics. It is very dangerous since it implies that it is all nature and no God and thus no moral laws needs to be followed.
Darwin's theory talks of natural selection which happens when any external force is applied by nature to find the fittest. This in human culture today has to be more artificial force as it is, and hence, the survival of the fittest shall be dependant on many factors such as education, previous family background, financial health, physical strength, courage, confidence etc physical and emotional factors. What do you think will become of society if it was depending on 'survival of the fittest' theory. Need of fear and love of God comes in picture only if he is considered the creator and sustainer of the creation, else if everything is natural, then we would rather extinct earlier by fighting ourselves only.
Naturalists ask one question very frequently - if God created everything, who created God. My counter question is - if nature created everything, who created the nature. Who devised the natural laws and governs them flawlessly. How nothing can become something without any initial matter? How collission of two non-systematic things create something highly systematic? How copulation of two distinct species can bring a third fertile generation which will survive in the natural selection and will produce more?
Darwin's theory has certain flaws and is apparantly a provisional truth, that is a truth which is a truth unless it is proved a lie. I personally, not being a biologist, but a geologist and spiritual man, am unable to understand how and why should Darwin oppose a creator, whatsoever. In the first place, even if rest of the many things evolved, it is essential to resolve that there was some matter (solid, liquid or gas) from which the whole reactions started. Secondly, considering evolution as a fact should be proven by more than 2-3 evidences or witness; and evolution cannot be proven except one or two fossils found which seem to be in transitional stage. However, this could be a human error also to mix some parts by mistake to understand them so, since there has never been found a replica of such fossils anywhere else ever.
If evolution happens for the existance of the fittest and species struggle and adapt themselves to the natural conditions, why does some of the former speicies remain as it is. Did they manage to exist without any adaptation, if so, why only some of them changed. Example if bear turned into polar bear in polar regions, why there are bears still? If monkey turned into man, where there are monkey's still? If fishes could not survive as fish and had to adapt, why there are fishes still? We can see many thing today right from the older times, but not the strongest animals anymore - dinosours? Were they not strong enough? If so, normally when unicellular organisms became complex later, how the larger animals became smaller again? Ex. The link between birds and reptiles is Archeopterix, which was a very large bird with limbs and jaw, then how did rat evolve. Was there anything so strong about rats that they managed to exist till today while large reptiles disappeared, altogether?
Why there are certain species so beautiful and attractive that they must be killed at the first instance possible- ex peacock. How and why would nature make evolution which makes it more vulnerable. Is sex the only reason? Why are the peahens not beautiful then? Why such a large bird survive on insects etc? There are many such questions which

Page 9 - After five years' work I allowed myself to speculate on the subject, and drew up some short notes; these I enlarged in 1844 into a sketch of the conclusions, which then seemed to me probable: from that period to the present day I have steadily pursued the same object. I hope that I may be excused for entering on these personal details, as I give them to show that I have not been hasty in coming to a decision.
Appears in 138 books from 1861-2007
Page 76 - When we reflect on this struggle, we may console ourselves with the full belief, that the war of nature is not incessant, that no fear is felt, that death is generally prompt, and that the vigorous, the healthy, and the happy survive and multiply.
Appears in 239 books from 1860-2008
More
Page 171 - If it could be demonstrated that any complex organ existed, which could not possibly have been formed by numerous, successive, slight modifications, my theory would absolutely break down.
Appears in 230 books from 1838-2008
Page 9 - Beagle,' as naturalist, I was much struck with certain facts in the distribution of the organic beings inhabiting South America, and in the geological relations of the present to the past inhabitants of that continent.
Appears in 168 books from 1802-2008
Page 70 - Firs on the distant hill-tops ; within the last ten years large spaces have been enclosed, and self-sown firs are now springing up in multitudes, so close together that all cannot live. When I ascertained that these young trees had not been sown or planted, I was so much surprised at their numbers that I went to several points of view, whence I could examine hundreds of acres of the unenclosed heath, and literally I could not see a single Scotch Fir, except the old planted clumps.
Appears in 62 books from 1857-2008
Page 72 - Near villages and small towns I have found the nests of humble-bees more numerous than elsewhere, which I attribute to the number of cats that destroy the mice." Hence it is quite credible that the presence of a feline animal in large numbers in a district might determine, through the intervention first of mice and then of bees, the frequency of certain flowers in that district!
Appears in 151 books from 1802-2007
Page 72 - Newman, who has long attended to the habits of humble-bees, believes that " more than two-thirds of them are thus destroyed all over England.
Appears in 136 books from 1802-2008
Page 169 - To suppose that the eye with all its inimitable contrivances for adjusting the focus to different distances, for admitting different amounts of light, and for the correction of spherical and chromatic aberration, could have been formed by natural selection, seems, I freely confess, absurd in the highest degree.
Appears in 190 books from 1841-2008
Page 423 - Hereafter we shall be compelled to acknowledge that the only distinction between species and well-marked varieties is, that the latter are known, or believed to be connected at the present day by intermediate gradations whereas species were formerly thus connected.
Appears in 57 books from 1861-2007
Page 212 - This difficulty, though appearing insuperable, is lessened, or, as I believe, disappears, when it is remembered that selection may be applied to the family, as well as to the individual, and may thus gain the desired end. Thus, a well-flavoured vegetable is cooked, and the individual is destroyed; but the horticulturist sows seeds of the same stock, and confidently expects to get nearly the same variety; breeders of cattle wish the flesh and fat to be well marbled together; the animal has been slaughtered,...
Appears in 71 books from 1802-2007
Less 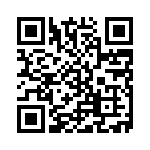