Page 369
Deaths in and near London , and of Public Characters . 869 In St. John's - street - road , Islington , Mrs. sudden death of this amiable and excellent Rogers , formerly of the Nuns Gardens , man , while it involves his family , and a ...
Page 396
... and separately conthe kingdom , were represented by points fined for nine years , when , on the death of lances , or the spades : diamonds de of the countess , the earl was released , signed the order of merchants or trades .
Page 8
At her Death , the Papers , having been bequeathed to him in her Will , of which he was Executor , were conveyed to his own House . In 1804 , in Consequence of a Letter addressed to him by the late Right Honourable Charles James Fox ... 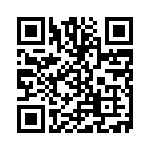