In his blog "Dark Ages America", Morris Berman pointed my way to this dynamite critique of the American corporocracy post World-War II. Although drawn from the author's own upbringing in rural West ... Read full review

Joe Bageant frequently appeared on US National Public Radio and the BBC, and wrote for newspapers and magazines internationally. He was a commentator on the politics of class in America, and Deer Hunting with Jesus was adapted for the theatre. He also wrote an online column (www.joebageant.com) that made him a cult hero among gonzo-journalism junkies and progressives. Joe’s second book, Rainbow Pie: a redneck memoir, was published by Scribe in the United States four days after he died in March 2011. 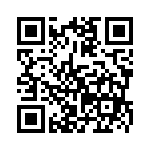