Page xviii
The copy from which I have written the above , wants about the last page . Seven
, out of the eight , have expressed their gratitude , and the boy is the only one
remaining , whose speech , if it accords with those of his companions , takes up
two ...
Page lxix
It has not hitherto been noticed that Heywood's Pardoner is a close copy of
Chaucer's , and the two first relics he descants on - the sheep's jaw and the
mytten - are derived from Chaucer , and described as nearly as possible in the
same words ...
Page v
Only two copies of this poem have been preserved , differing considerably from
each other , and no doubt varying in a great degree from the author's original
composition , not in facts , but in language . One One copy is contained in a MS .
of ... 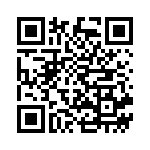