John Wieners graduated from Boston College with an A.B. in English, in 1954. He spent 1955-1956 at Charles Olson's experimental Black Mountain College in North Carolina, studying writing with Robert Creeley and Robert Duncan. Wieners then journeyed to San Francisco where he published his first book, "Hotel Wentley Poems" in 1958, at the age of twenty-four. Wieners returned to Boston in 1959 to be institutionalized, in part because of drug abuse. In 1961 he moved to New York City with the help of a grant from Allen Ginsberg's Poetry Foundation. He worked as an assistant bookkeeper at the Eighth Street Bookshop for a year in '63. Wieners went back to Boston in 1963 and worked as a subscriptions editor for Jordan Marsh department stores until 1965. Olson, a long time friend, invited Wieners to enroll in the graduate program at S.U.N.Y. Buffalo, which is where he stayed until 1967. In the spring of 1969 Wieners was again institutionalized, resulting in "The Asylum Poems (For my Father)," published later that year. In the early 1970s, despite brief periods of institutionalization, Wieners taught a course entitled "Verse in the U.S. Since 1955" at the Beacon Hill Free School in Boston. He was also involved in the antiwar movement, crusaded against racism, and campaigned for the rights of women and homosexuals. In 1975 Wieners published "Behind the State Capital, or Cincinnati Pike," a book of letters, memoirs, and brief lyric poems. In 1986 he produced a retrospective collection, "Selected Poems, 1958-1984" with a forward written by Allen Ginsberg. In 1996 he appeared with Ed Sanders at Stone Soup in Boston for what would have been Jack Kerouac's 76th birthday celebration. Also in 1996, The Sun and Moon Press released an edited and previously unpublished diary and journal by Wieners documenting his life in San Francisco around the time of The Hotel Wentley Poems. 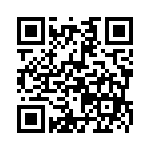