Page
TO SAMUEL ROGERS , ESQ . THIS ILLUSTRATED EDITION OF GRAY'S . ELE
GY Abierzeele Juin du 19.08 W DEDICATED WITH THE GREATEST RESPECT .
2 leo ngunion 3 mister is . w STAN2 AS . PAINTERS . STANZA9 . PAINTER9 . 1.
Page
The drawing , by John Constable , Esq . , R. A. , has been kindly offered to the
editor since the publication of the former edition , and is in the possession of
Samuel Rogers , Esq . The tomb of the Poet is at the south - east corner of the
chancel ...
Page
... he was so struck with its beauty , that he is said to have exclaimed , that he
would have preferred being its author , to that of being the victor in the projected
attack in which he so gloriously lost his life . vi The favour with which this edition
may ...
Page
vi The favour with which this edition may be received , will be entirely owing to
the talents of the eminent artists who have so kindly seconded the Editor , if he
may apply such a word , in his wish to produce a specimen of beautiful and ... 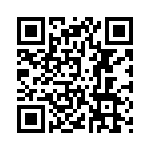