Page 174
You have reached your viewing limit for this book.

J. D. Reed is Assistant Professor of Greek and Latin at the University of Michigan, and the editor of Bion of Smyrna: The Fragments and the Adonis. 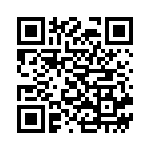