Too revisionist for comfort. It all depends on which accounts you select for what you want to say. This selection is very one-sided and defends warfare way beyond what people truly said or were allowed to say. Read full review

Janet Watson is Assistant Professor of History at the University of Connecticut.

Born at the very end of World War II in Northeast England, Paul Kennedy was the first in his family to go to a university college. After receiving his Ph.D. in philosophy at Oxford University, Kennedy came to the United States to work in Washington in the National Archives. A J. Richardson Professor of History at Yale University since 1983, Kennedy is also the author of numerous important books. The Rise and Fall of the Great Powers has enjoyed wide acclaim and great success as a best-seller, and Preparing for the Twenty-First Century covers the themes of lectures that Kennedy took part in at Yale University since the mid-1980s. Kennedy's teaching and research are influenced by his knowledge of global trends. Recognizing Kennedy's activity in community service and his wisdom and expertise, the Secretary General of the United Nations invited him to co-direct a working group on the future of the United Nations for the 50th anniversary of the UN General Assembly. 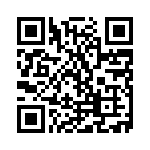