Patchen Barss has written about science, technology and culture for more than a decade. His articles have appeared in the Globe and Mail, the National Post, the Montreal Gazette, Reader's Digest, Saturday Night, CBC online, and many other places. He has worked as a producer at CBC Television and the Discovery Channel, and is currently a director of communications in the field of advanced scientific research. 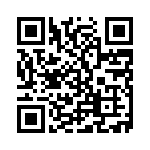