Page 29
Let it be , there were somewhat in that which you speake , yet he hath a farre
deeper reach , for the truth is , he would and doth perswade the blind people ,
that he medleth litle , but when he is even hired and sent , and that then his
medling is ...
Page 31
The divell hath a kingdome , but it is in darkenesse and corruption of sinne . He
hath no right nor power over Gods creatures , no not so much as to kill one flie ,
or to take one eare of corne out of any mans barne , unlesse power be given him
.
Page 84
M. B. The devill in a partie possessed hath said , such a man conjured me in
hither . The conjurer hath bene put to death for it , and hath confessed so much .
The divell in another hath said , such a woman sent me : it hath likewise bin ... 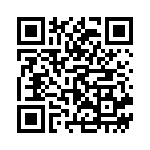