Yasmin Syed is Visiting Assistant Professor of Classics at the University of California, Berkeley. 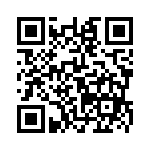