Meh. I wanted to like it more than I actually did, perhaps I didn't because generally plays and books that are from that time period I rarely find easy reads. I did however love everything by Moliere ... Read full review

I want to give this play a high score simply because of it's context and content, and as it is one of the only satirical operas that has survived from the early 18th Century should also give this play ... Read full review

Gay is a highly original poet and dramatist who experimented in various forms and genres. His The What D'Ye Call It: A Tragi-Comical Pastoral Farce (1715) is a burlesque of high seriousness, as is Three Hours after Marriage, which he wrote with his fellow members of the Scriblerus Club Alexander Pope and Dr. John Arbuthnot. The Beggar's Opera (1728) is his best-known work; it started the vogue for ballad operas, with tunes drawn from popular airs (Gay's are mostly from Thomas D'Urfey's Pills to Purge Melancholy, a popular sourcebook for ribald songs). The Beggar's Opera satirizes gentility and vulgarity alike, and its topical political allusions are so direct that the government forbade its' sequel, Polly. Bertolt Brecht caught the spirit of the work in his Threepenny Opera. 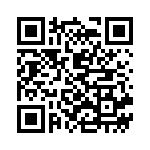