Page 17
These titles are confirmed but the Brennans were ejected and the plantation of
Castlecomer accomplished by the horse and foot of " Black Tom The Tyrant , "
Earl of Strafford . Richard ' s first wife was the daughter of Hugh O ' Neill , Earl of ...
Page 51
Gilbert Talbot , an ancestor of the Earl of Shrewsbury , married Petronilla ,
daughter of James 1st Earl of Ormonde , and a later connection between the
families was the marriage of Elizabeth , daughter of the 4th Earl of Ormonde , with
John ...
Page 51
She married Gilbert de Clare , first Earl of Gloucester and fifth Earl of Hertford .
The de Clares held the castle till 1314 , when it passed by marriage to the
Despencers . In 1391 , Hugh , Baron le Despencer , sold the castle and his
inherited ... 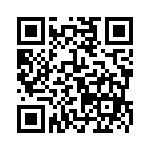