Page 91
This idea appears to us to be ill founded ; because , on viewing , with one eye ,
objects at different distances , and nearly in the optic axis , it is very obvious that
something more than attention is necessary to render them distinct . In such a
case ...
Page 258
In a fortnight after , the two middle ones appear ; and in two or three months from
this , the corner nippers are pushed out . • From this , till he is a year old , no great
change takes place , except that the cavity in the nippers begins slightly to fill ...
Page 259
At seven the same mark or cavity in the two next , or intermediate teeth of the
posterior jaw , likewise is completely worn out , and the tushes appear something
blunted . If a horse has been early and hard rode , he has usually windgalls ... 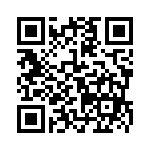