Page 50
In the East , Euphrates is stirring up war , in the West Germany ; nay , close -
neighbouring cities break their mutual league and draw the sword — and the war
- god's unhallowed fury rages the whole earth through ; even as when in the
Circus ...
Page 67
Others are disturbing the darkness of the deep with their oars , rushing on the
sword's point , winding their way into courts and kings ' chambers . One is
carrying havoc into a city and its wretched homes , all that he may have a gem to
drink out ...
Page 69
... began to regale itself on slaughtered bullocks — this was the life that was led
on earth by Saturn , monarch of the golden age - days when the blast of the
trumpet and the hammering of the sword on the stubborn anvil were sounds
unknown .
Page 126
We are not come to carry the havoc of the sword into the homes of Libya - to
snatch booty and hurry it to the shore ; such violence is not in our nature ; such
insolence were not for the vanquished . There is a place -the Greeks call it
Hesperia - a ...
Page 137
womb shook again , and an echo and a groan rang hollow from its caverns ; and
then , had but heaven's destiny and man's judgment been unwarped , he had led
us to carry sword and havoc into the Argive lurking - place , and Troy would ...
Next »

This classic series represents the Western canon not without academic controversy. The latest volumes of the Great Books include some women writers, but they are still definitely underrepresented ... Read full review 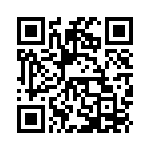