Page 168
... observed in correction of a common misconception , does not confer upon the Commissioners appointed under it any general powers of control over the railways , or any jurisdiction with regard to accidents . Its principal object was ...
Page 182
As was observed in this Review ' nine years ago , There can be no doubt that the idea on which Parliament originally set out , of allowing private individuals to project , construct , and retain as their absolute property the national ...
Page 184
Thus , as Lord Beaconsfield observed , the suggestion as to an Appellate * Report , p . 35. ... Mr. Harrison , for whom it goes too far , and Mr. Galt , for whom it does not go far enough , appending to it qualifying observations .

15 other sections not shown 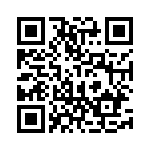