Oh, what a nice little book. Another perfect one for reading on a deck looking out over the ocean, so I was very glad that I saved it up for such an occasion. Read full review

Rachel Carson writing before Silent Spring. No intimation yet of environmental disaster. The words “sea wind” are Carson’s shorthand for the encapsulation of all life within a single system. The sea ... Read full review

Award-winning author Rachel Carson (1907–1964) was one of the greatest American natural history writers of the twentieth century. In addition to the environmental classic Silent Spring, her books include Under the Sea Wind, The Edge of the Sea, and The Sea Around Us, which has sold more than one million copies, been translated into twenty-eight languages, and won the National Book Award and John Burroughs Award. 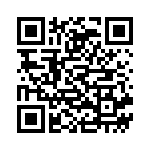