This work, written about four decades ago, tells the true tale of how a team of computer engineers built a new computer. In an era contemporaneous to Apple Computer’s founding, Data General computers ... Read full review

A very nice story of how a small team of engineers works to create a new computer for Data General in the late 1970s. The computer is not particularly groundbreaking, a new 32-bit computer that is ... Read full review

Tracy Kidder was educated at the University of Iowa and Harvard University. He served in the US Army in Vietnam. Kidder has garnered numerous literary awards including the Pulitzer Prize in General Non-Fiction and the National Book Award for General Nonfiction both in 1982. He has also been honored with the Robert F. Kennedy Book Award, 1990 and the Christopher Award, 1990. His publications include numerous nonfiction articles and short fiction for The Atlantic and other periodicals. Non-Fiction books include The Road to Yuba City, Doubleday, 1974; The Soul of a New Machine, Atlantic Monthly-Little Brown, 1981 for which he won a Pulitzer and a National Book Award; House, Houghton Mifflin, 1985; Old Friends, Houghton Mifflin, 1993; Home Town, Random House, 1999; Mountains Beyond Mountains, Random House, 2003; My Detachment, Random House, 2005; Strength in What Remains, Random House, 2009. 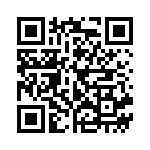