Outstanding and important work, especially since most histories of the Korean War start in 1950. Read full review

14 other sections not shown

Bruce Cumings is a writer, educator, and expert on Asian history and international relations. He earned his Ph.D. from Columbia University in 1975. Cumings taught history and politics at Northwestern University and served as director of Northwestern's Center for International and Comparative Studies. His studies of Korea resulted in several books, including Korea's Place in the Sun and a two-volume set, The Origins of the Korean War. Cumings served as a historical consultant to a Thames Television production, Korea: The Unknown War. He recounted censorship problems the production faced from the Public Broadcasting System upon its release in the book War and Television. Cumings is the Norman and Edna Freehling Professor of History at the University of Chicago. 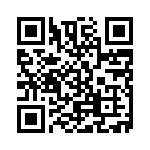