Richard Panek skillfully helps the reader understand the state of the physics and psychology at the turn of the 20th century. His twin trajectories of the lives of Einstein and Freud help to shape a ... Read full review

The invisible century: Einstein, Freud, and the search for hidden universes

Two of the most bankable subjects in popular science writing are Albert Einstein and Sigmund Freud. Although a tome examining ostensibly new aspects of one or the other is published every couple of ... Read full review

Richard Panek has written for The New York Times Magazine, Outside, Esquire and the Chicago Tribune, and is a contributing writer at Elle and Mirabella. He is the winner of a PEN award for short fiction (which has been broadcast on National Public Radio). He is also the author of Waterloo Diamonds, a social history of an Iowa community told through its baseball fortunes. 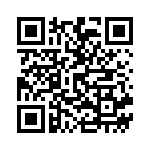