The book is quite interesting. I have read it when I had issues with time pressure and didn't have enough time and skills to really understand myself. Some exercise from the book are amazing. Like, ABCDE for example. Elegant and simple tool to work with your underlying beliefs! Although I was always thinking that its kind of not to XXI century to make on paper, so I even started developing an app for that, and its in development now. Hope, I will finish it soon.

Steven J. Stein, Ph.D., is a clinical psychologist and the founder and CEO of Multi-Health Systems Inc. (MHS), s leading psychological-test publishing company and three-time Profit 100 winner (awarded to the fastest-growing Canadian companies). He was formerly the director of research of a large treatment center for children and adolescents, and is Past-President of the Ontario Psychological Association and Chair of The Psychology Foundation of Canada.
Dr. Stein previously held the rank of Assistant Professor in the Department of Psychiatry at the university of Toronto. He is a leading expert on psychological assessment, and consults with the Canadian Forces, the U.S. Air Force and special units of the Pentagon, as well as numerous corporate clients and several professional sports teams. He has appeared on many national TV and radio programs in Canada and the United states and has EQ-tested U.S. Navy fighter pilots, members of the Young Presidents’ Organization, CFOs of Fortune 500 companies, homeless people, successful and no-so-successful politicians, television talk-show hosts, newspaper and magazine reporters and professional hockey players. Dr. Stein, along with Dr. Reuven BarOn and members of the MHS staff, have tested the EQ of more people in the world than any other practitioner.
He is a much sought-after speaker on the topic of emotional intelligence, and addresses groups and organizations all over North America, Europe, Australia, Asia, and South Africa. He is married to his business partner, Rodeen, and they have two daughters, Alana and Lauren.

An organizational consultant and psychiatrist, Howard E. Book, M.D., D.Psych., F.R.C.P.C., is a founding member of Associates in Workplace Consultation; a former board member of the International Society for the Psychoanalytic Study of Organizations; and a member of the Family firm Institute. For more than a decade he has coached CEOs and senior managers on increasing their emotional intelligence so they can improve morale, teamwork, staff retention and productivity within their organizations.
Dr. Book is a leading trainer of professionals worldwide in the administration and interpretation of the EQ-i. He has lectured on emotional intelligence to organizations throughout the United States and Canada, and is an occasional contributor to the Report on Business section of The Globe and Mail. He is an Associate Professor in the Departments of Psychiatry and Health Administration at the University of Toronto. He is married to Linda, an art consultant, and they have two sons, Josh and Adam. 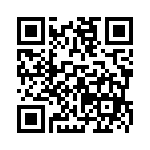