What a great life the author would have led ,to have arrived such amazing thoughts about our inner constitution!

The founder of moral sense theory was born in County Down, Ireland. Francis Hutcheson's father and grandfather were Presbyterian ministers, and he studied at the University of Glasgow from 1711 to 1717 in preparation for the Presbyterian ministry. For the next decade, he taught at an academy for dissenting clergy in Dublin, most of the time serving as its head. He was appointed professor of moral philosophy at Glasgow in 1730, a position he held until his death. Hutcheson's principal contributions to philosophy were in the fields of moral philosophy and aesthetics. His chief works are Inquiry into the Original of Our Ideas of Beauty and Virtue (1725), Philosophiae Moralis Institutio (1742), and the posthumously published System of Moral Philosophy (1755). Against the English rationalists Samuel Clarke and Richard Price, Hutcheson rigorously developed Shaftesbury's suggestion that moral distinctions are made by our sensitive rather than our rational nature. In aesthetics he gave an analogous account of our sense of beauty. Hutcheson's theories profoundly influenced Hume and also had a significant impact on Kant in his precritical period. 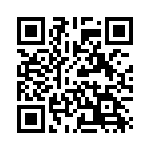