At the time of her death in 2009, Eve Kosofsky Sedgwick was Distinguished Professor of English, CUNY Graduate Center. Her many publications include A Dialogue On Love (Beacon, 1999); Fat Art/Thin Art (Duke, 1994); Tendencies (Duke, 1993); and Epistemology of the Closet (California, 1990). 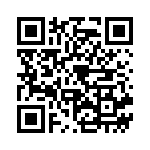