Ivor Crewe and Anthony King are Professors of Government at the University of Essex, and frequent contributors to the national media. Ivor Crewe directed the British Election Study from 1973 until 1981 and is now Vice-Chancellor of the University of Essex. His books include Decade ofDealignment (with Bo Sarlvik) and The British Electorate 1963-1992 (with Anthony Fox and Neil Day). He is well known as a political commentator on television and radio and writes for the Guardian and the Observer. Anthony King has been Professor of Government at the University of Essex since 1969.His books include Westminster and Beyond (with Anne Sloman), British Members of Parliament: A Self-Portrait and Britain Says Yes: The 1975 Referendum on the Common Market. He analyses the Gallup Poll for the Daily Telegraph and appears frequently as an election commentator on BBC Television. Since1994 he has been a member of the Committee on Standards in Public Life (the Nolan Committee). 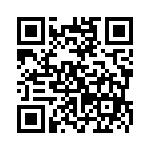