Ian Tyrrell is Scientia Professor of History at the University of New South Wales, Australia. His books include Transnational Nation and Historians in Public. 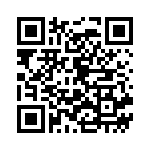