Howard M. Wiseman is Director of the Centre for Quantum Dynamics at Griffith University, Australia. He has worked in quantum measurement and control theory since 1992, and is a Fellow of the Australian Academy of Science (AAS). He has received the Bragg Medal of the Australian Institute of Physics, the Pawsey Medal of the AAS, and the Malcolm Macintosh Medal of the Federal Science Ministry.

Gerard J. Milburn is an Australian Research Council Federation Fellow at the University of Queensland, Australia. He has written three previous books, on quantum optics, quantum technology, and quantum computing. He has been awarded the Boas Medal of the Australian Institute of Physics and is a Fellow of the Australian Academy of Science and the American Physical Society. 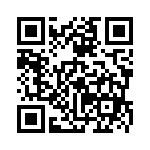