Jeanne Gregory is Visiting Professor and Head of the Gender Research Centre, Middlesex University. Sue Lees is Professor of Women's Studies and Director of the Centre for Research in Ethnicity and Gender, University of North London. 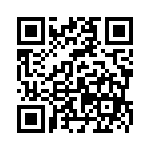