Well written and easy to read, almost like a novel. I wish there was a little more explanation of who certain people were, but overall this is an excellent book about the mandate period of Palestine ... Read full review

One Palestine, Complete explores the tumultuous period before the creation of the state of Israel. This was the time of the British Mandate, when Britain's promise to both Jews and Arabs that they would inherit the land, set in motion the conflict that haunts the region to this day. Read full review

Tom Segev is a columnist for Ha'aretz, Israel's leading newspaper, and author of three works on the history of Israel, 1949: The First Israelis, The Seventh Million: The Israelis and the Holocaust, and One Palestine, Complete: Jews and Arabs under the British Mandate. He lives in Jerusalem. 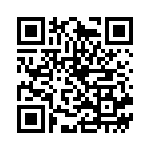