Francis M. Carroll is professor of history at St. John's College, the University of Manitoba. 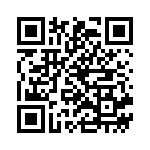