Roy S. Fischel is Lecturer in the History of South Asia at SOAS, University of London. He has published articles in Purushartha, Journal of Women of the Middle East and the Islamic World and New Perspectives on Turkey. This is his first book. 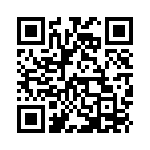