Eric Walmsley was born in Buckinghamshire. A full-time career with BBC Television saw him work on a wide variety of programmes, including Top of the Pops and Only Fools & Horses. In 1994, he won a Primetime Emmy Award for his outstanding achievement on Porgy and Bess. From 1996, Eric has worked as a freelance designer, specialising in stage to screen productions, including Oklahoma! from the Royal National Theatre, The Merchant of Venice with the Royal Shakespeare Company, and King Lear directed by Sir Trevor Nunn. Determined to find the true story behind Arthurian legend, Eric has researched and written an imaginative drama-documentary about the British resistance to the Anglo-Saxon invasion of Britain. 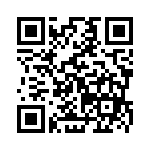