Talbot Mundy (born William Lancaster Gribbon) (April 23, 1879 - August 5, 1940) was an English writer. He also wrote under the pseudonym Walter Galt. Born in London, at age 16 he ran away from home and began an odyssey in India, Africa, and other parts of the Near and Far East. By age 29, he had begun using the name Talbot Mundy, and a year later arrived in the United States, starting his writing career in 1911. His novel King of the Khyber Rifles is set in India under British Occupation. The long buildup to the introduction to Yasmini and the scenes among the outlaws in the Khinjan Caves clearly influenced fantasy writers Robert E. Howard and Leigh Brackett. His related Jim Grim series, which has mystical overtones and part of which is available over the web from theosophical sites, ran in Adventure magazine before book publication. Mundy was associated with Theosophy's movement and helped popularize the legend of the Nine Unknown Men in the West. He wrote many other books and stories, including Hira Singh and a number of stories about Tros of Samothrace, a Greek freedom fighter who aided Britons and Druids in their fight against Julius Caesar. 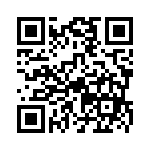