An excellent read, a succinct diagnosis of the War Years from an Irish and British perspective. Fisk highlights how Britain countenanced the invasion of Ireland and how they were willing to hand over ... Read full review

Robert Fisk is Foreign Correspondent of the London Independent, based in the Middle East. An expert on Middle Eastern affairs and contemporary global conflicts, he has won more British and international journalism awards than any other foreign correspondent and is a seven-time winner of the British Press Award's Foreign Reporter of the Year award. He is the bestselling author of a number of books including The Point of No Return (1975), Pity the Nation (2001) and The Great War for Civilisation (2005). He lives between Beirut, Paris and Dublin. 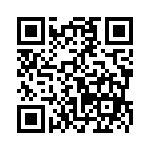