Quite thorough.
Editor could use some English grammar lessons, however, but this has nothing to do with the author's content.... 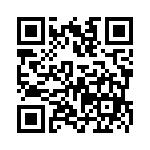