James Shapiro argues that evolution's mechanism isn't truly random variation. The genome, he argues, is a sophisticated data storage and manipulation system. This is a book about the nitty gritty ... Read full review

James A. Shapiro, Professor in the University of Chicago's Department of Biochemistry and Molecular Biology, is a leading bacterial geneticist, the discoverer of transposable elements in bacteria, and the key researcher involved in first organizing the field of mobile genetic elements. The earliest proponent of “natural genetic engineering” as a basic feature of evolution, he has been a leading scientific critic of orthodox evolutionary theory for 20 years. 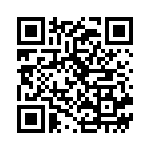