Alan Charles Kors is at University of Pennsylvania. 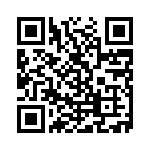