This is a kind of 'Quantum Mechanics for Dummies' book. It's still confusing, and even though the author made every attempt to explain the subject as simply as possible, it remains so counter ... Read full review

Zeilinger, as an eminent Austrian physicist, is a living successor of Boltzmann, Pauli, and Schr—dinger. Here he explains the phenomenon of quantum entanglement with surprising lucidity, largely ... Read full review

Anton Zeilinger is a professor of physics at the University of Vienna, where he heads the Institute for Quantum Optics and Quantum Information of the Austrian Academy of Sciences. 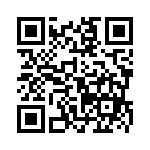