Lisa Wheeler is the award-winning picture book writer who has written the words to Andy's Bug Zoo.

Andy Harkness is an art director for the Walt Disney Animation Studios. He's worked on such films as Pocahontas, Mulan, Lilo and Stitch, Brother Bear, Tangled, and Frozen. He's art directed short films such as "The Ballad of Nessie" and "Mickey Mouse's Get a Horse!" He's been nominated for three Annie Awards and won both an Annie and an Emmy Award for art directing ABC's "Prep and Landing." He lives with his wife and two sons in Manhattan Beach, California, and still hunts bugs at least twice a week. 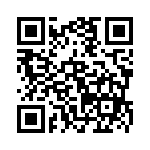