Keith Jeffery was educated in Ireland, the USA and Cambridge (St John's College). In 2005 he came to Queen's, where he is Professor of British History, after teaching at the Ulster Polytechnic and the University of Ulster for over twenty years. Jeffery was awarded the Templer Medal from the Society for Army Historical Research in 2007 for the best book of the year (his biography of Sir Henry Wilson) on British Military History. Professor Jeffery has written a biography of the Irishman, Sir Henry Wilson, who was professional head of the British army in 1918-22. He has also been working on a history of the British empire. In 2005 Jeffery was appointed to write the first Official History of the British Secret Intelligence Service (SIS), covering the years 1909-49 (Bloomsbury Publishing September 2010). 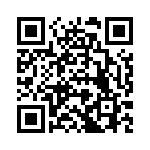