Richard Hugo was for many years the director of the creative writing program at the University of Montana, Missoula Campus. He received the Theodore Roethke Memorial Prize and was twice nominated for the National Book Award. 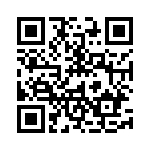